The Epic On Centre St.

Equity Legal LLP, is proud to announce our new development project in Hillcrest San Diego. We will be featuring state of the art, energy efficient condominiums with the latest in modern upgrades and contemporary luxury living.

The Epic on Centre Street condominium development project is perfectly located near the intersection of Robinson and Centre Street just 1 block south of University Avenue and 1 block west of Park Avenue in the heart of Hillcrest neighborhood of Central San Diego. This is truly a unique and rare opportunity due to the scarcity of land development in the central San Diego core area. We strategically selected this street and neighborhood as our primary target to construct a one-of-a-kind project that will drive the highest market profits.

The area is thriving and the location of the project takes advantage of the proximity of the high retail and commercial district along the main thoroughfare on University Avenue, the UCSD Medical Center, outdoor activities in Balboa Park, and the North Park and Hillcrest booming bar and restaurant scene. A 5-minute trip down scenic Park Boulevard takes you into the heart of downtown, and access to Interstate 5, Interstate B, and 805 and 163 freeways is all within minutes. The business climate is healthy and growing in San Diego and every year approximately 20,000 new families call San Diego home. It has a thriving business economy and a young intelligent workforce. The Hillcrest and North Park neighborhoods are established and growing due to the convenient location to downtown, the beaches, and the parks.

We identified this land purchase opportunity in May of 2016 and in July 2016 we successfully negotiated and executed an option to purchase contract with the property owner and is duly recorded allowing us to encumber the property during our due-diligence, feasibility, and permitting phases. We delayed investment marketing efforts until we completed preliminary due diligence to mitigate as much risk as possible for our investor team. We have confirmed the non-historical status of the existing structures, and we have completed a preliminary geotechnical review to verify that there are no existing earthquake fault issues.

The $3.65M project includes approximately $720,000 in land acquisition costs, $460,000 in soft costs, and $2.28M in construction costs. We expect to raise $1.1M in equity, of which 10% will be raised by Developer/Sponsor, and we will acquire conventional loans for financing construction. The managing partners in the development entity, HFM Development LLC, are Luiey G. Haddad, Esq. and Sasan Mirkarimi, Esq. of Equity Real Estate and Development and Ryan Farhood of ZFE Design and Build. The terms, conclusions and recommendations herein will give you a brief understanding of the project, and the potential investment value with this rare opportunity to develop a condominium community in central San Diego, California. 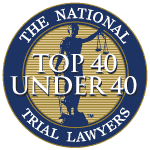 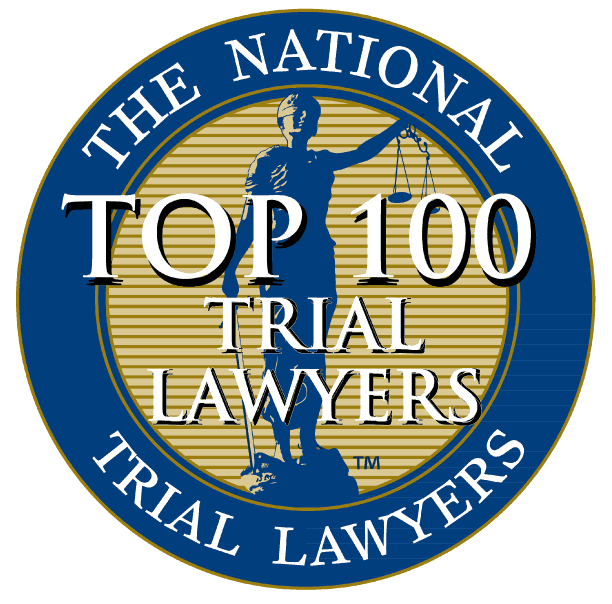 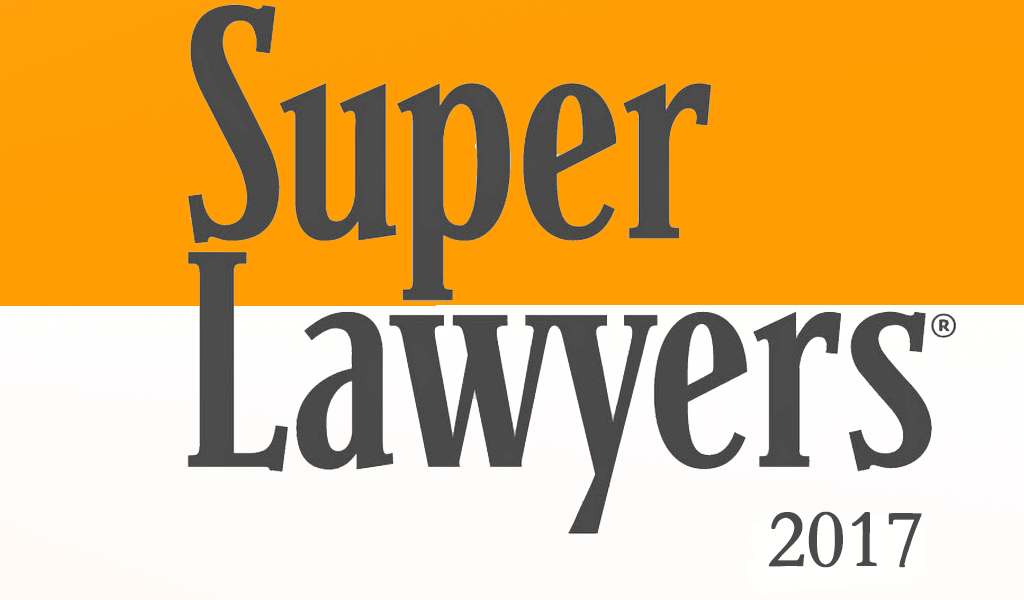 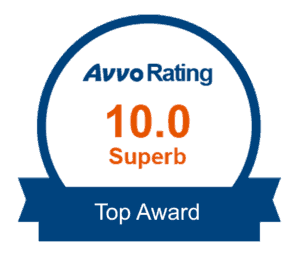 The following summarizes the terms of the Epic on Centre Street condominium development opportunity and the material contained in the Market and Financial Feasibility Report. 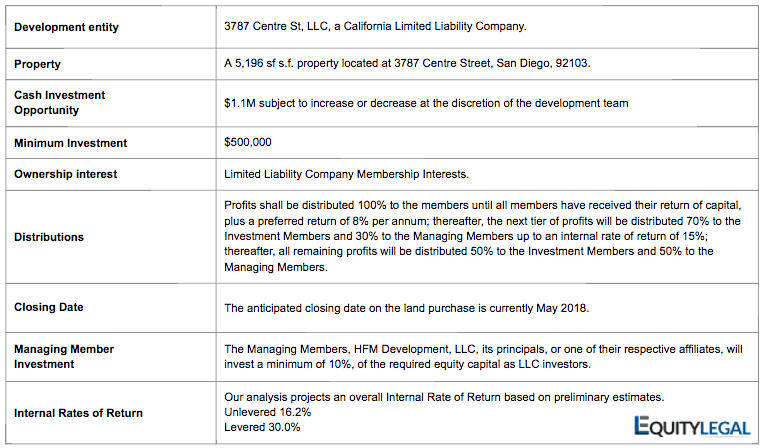 Sasan helped me recover damages on my property during a very stressful time in my life. They guided me through the whole process never gave up on my case. I was able to recuperate all of my losses! I'm so grateful i found this firm to help me.
Mariana C.Client
Very reliable and trustworthy Attorneys and Brokers, especially when it comes to commercial real estate. These guys are amazing, they wont overlook anything and will make sure all your questions are answered.
Alex K.Client
I was so happy that they also could handle my real estate transaction here and not only did they advise me on how to get the funds over here but they were able to place my funds in a investment property.
Farrah S.Client
Previous
Next

The following summarizes the terms of the Epic on Centre Street condominium development opportunity and the material contained in the Market and Financial Feasibility Report.

*Q1- Q2, 2019 – Sale and Pre-sale of Asset and pay investors their initial investment capital plus accrued preferred returns, then ownership is split between the investment entity and the managing partnership in the manner set forth under the investor returns section below.

*It is our intention to sell the condominium units as quickly as possible to realize the profit on the sales and provide our investors with early return of investment and profits thereon. The pro-forma return evaluation was based on a one-year buildout after permitting is completed which we estimate at May 2018. Therefore, the build is estimated to be complete by May 2019. We anticipate an unlevered IRR of 16% to our investors. We cannot guarantee the return this is only an estimate based on current market conditions. 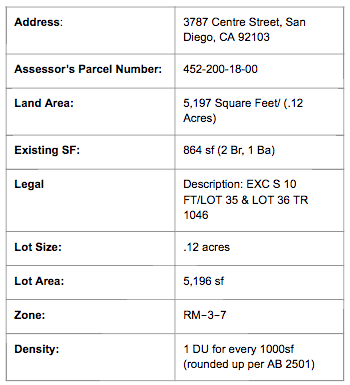 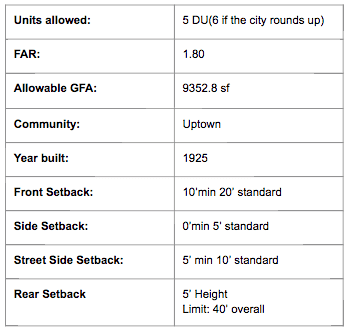 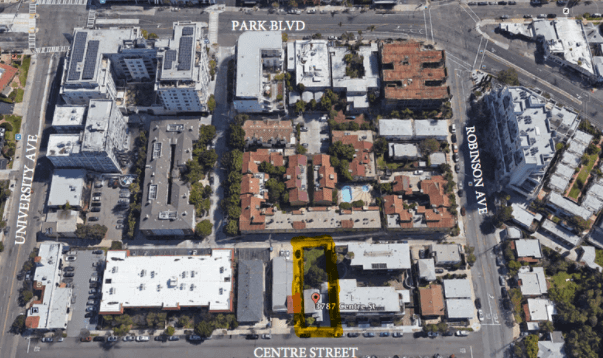 Hillcrest is a popular lifestyle neighborhood that underwent rapid re-gentrification during the economic recovery. The popularity of the Hillcrest residential market is constrained by virtue being completely built out and the scarcity of additional developable land due to the area’s hilly topography. Only 97 new units have been delivered in Hillcrest since 2011. Two projects totaling 110 units are currently under construction and scheduled to deliver later in 2017. The median home price for a single-family home in Hillcrest is up 3.4% over the past year, and the median price of a condominium is up 5.3% over the past year. Due to the limited availability of new units, the demand for the type of the current development is extremely high.

Hillcrest is one of the more intensely developed neighborhoods in Uptown. The neighborhood includes a variety of multifamily residential and mixed-use buildings. Hillcrest also has a large number of retail uses in the community, particularly in the core retail district where building setbacks are not required. The area also includes high-rise buildings, all of which were developed to take advantage of views of either Balboa Park or the San Diego Bay. Taller buildings are scattered but tend to be located in the core along Fifth Avenue, near Park Boulevard and University Avenue, or at the north end of Balboa Park.

Buildings in Hillcrest include a range of architectural styles. Single-family residential clusters along First and Second Avenues, and east of State Route 163 and south of Robinson, include styles associated with early development, such as Craftsman, Bungalow, Prairie, and Mission and Spanish Revival. Recent developments have introduced new architectural forms and styles, many of which try to complement the form, scale and stylistic precedents found within Hillcrest.

Hillcrest is generally characterized by a street grid pattern that includes little variation in response to topography. The predominant block pattern consists of long rectangular blocks (300 feet by 600 feet) with a mid-block alley running the length of the block. While retaining the same general dimensions, the blocks are oriented north-south along the avenues. They are rotated east-west along University Avenue and Robinson Avenue, and then northeast/southwest along Normal Street.

Despite this grid pattern, Robinson Avenue, University Avenue and Washington Street are the only streets that provide contiguous east- west connections through Hillcrest, due to the divide created by State Route 163 and canyons. Hillcrest is the crossroads of Uptown, with major streets intersecting in Hillcrest’s core. Normal Street represents a unique feature in the street system with its diagonal orientation and wide right-of-way.

Hillcrest is celebrated as one of the best dining scenes in San Diego with new chef-focused restaurants opening every year. Notable award-winning restaurants include TRUST, Bull & Grain and Bread & Cie. The area is also replete with trendy wine bars, cocktail lounges and craft breweries, making it a popular nightlife spot.

Hillcrest residents have access to a rich variety of outdoor activities, allowing them to fully enjoy all aspects of the laidback San Diego lifestyle:

Interstate 8 and State Route 163 are both located within two miles and grant the site convenient access to the entire San Diego region. San Diego International Airport is a short 15-minute drive away.

The Hillcrest Site’s central location grants it superb access throughout the San Diego region. Shopping, dining, employment, education and transportation are all within easy reach.

Mission Valley offers the nest luxury shopping experience in San Diego with 6,500 retailers in over 6 million square feet of retail. Fashion Valley Mall, one of only 30 destination shopping centers in the United States with sales in excess of $1,350 a square foot, offers the best shopping experience in all of San Diego with ne and casual dining, entertainment and live events, and anchored by luxury department stores Bloomingdale’s, Neiman Marcus and Nordstroms. Mission Valley also hosts 53,500 jobs.

Downtown is San Diego’s premier employment center and entertainment district, directly accessible from Metro Center via walking, trolley or car. The area is home to 92,700 jobs, making it the largest concentration of jobs in San Diego. Downtown has also become the destination for many San Diego residents to enjoy the hustle and bustle of urban life while still enjoying the relaxed atmosphere of America’s Finest City.

The Epic on Centre site is located on a quiet residential street just off the main strip on Robison Avenue. The Hillcrest Site has a superb location in the highly desirable Hillcrest neighborhood and is a prime candidate for this development.  The project will consist of a unique and modern luxury building, but have the limited number of units which makes owning a unit in this development a rare and exclusive opportunity. The development will feature high ceilings, high-end finishes, and upscale design surpassing even the most high-end residential units in San Diego.

The Epic on Centre was designed by acclaimed architects Will and Fotsch Architects, formerly of Island Architects, La Jolla.  The focus was on maximizing the square footage to design a luxury living area with an open floor plan and great room that are rare in Hillcrest and the surrounding downtown areas, while at the same time maintaining spacious indoor/outdoor living areas.  In addition, the current schematics allow for a large 830 sq.f. shared rooftop deck and two separate secure underground parking spaces. 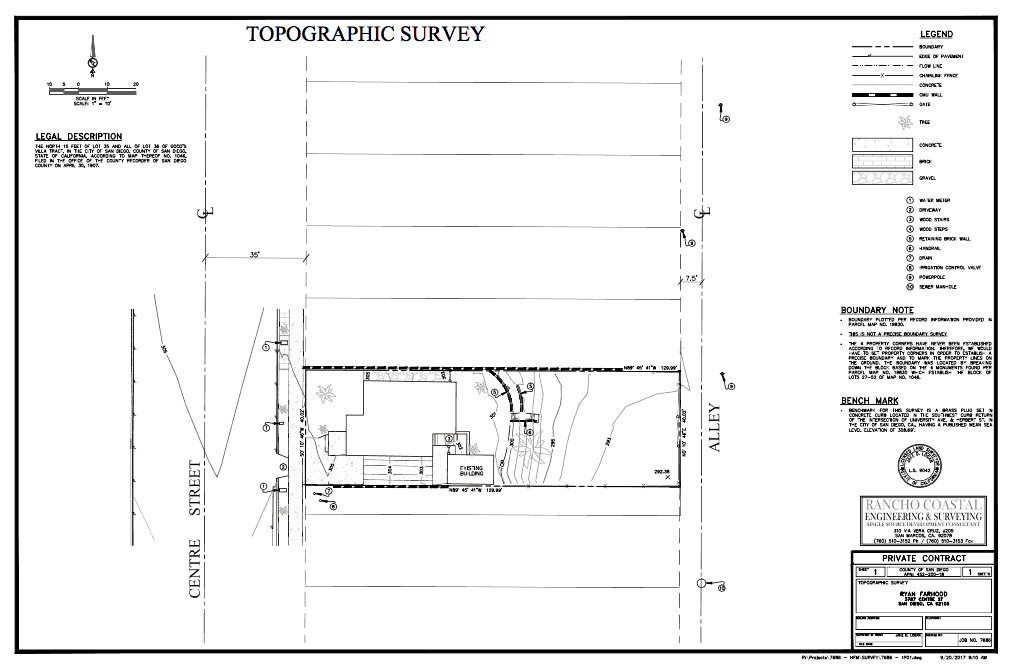 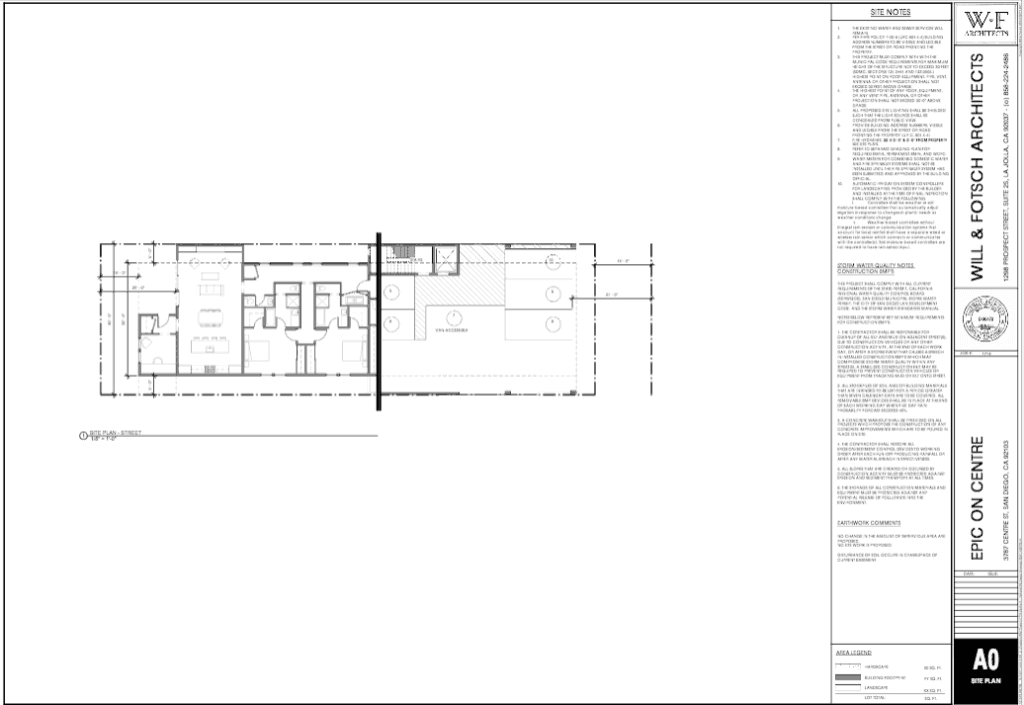 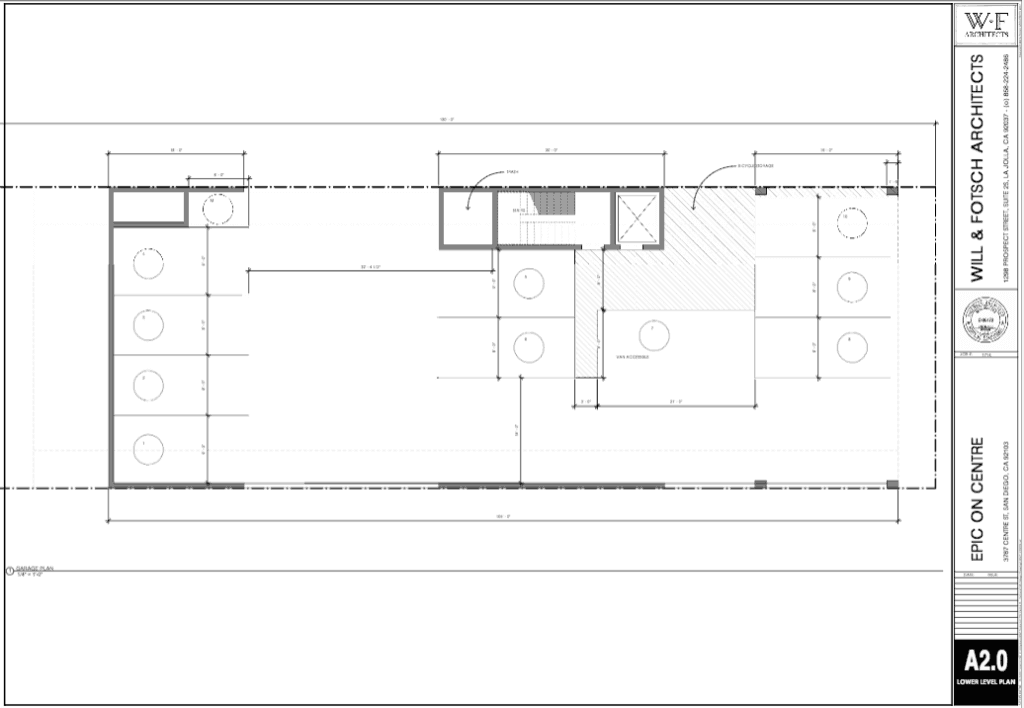 Preliminary Architectural Plans (unit 1A / 1B) 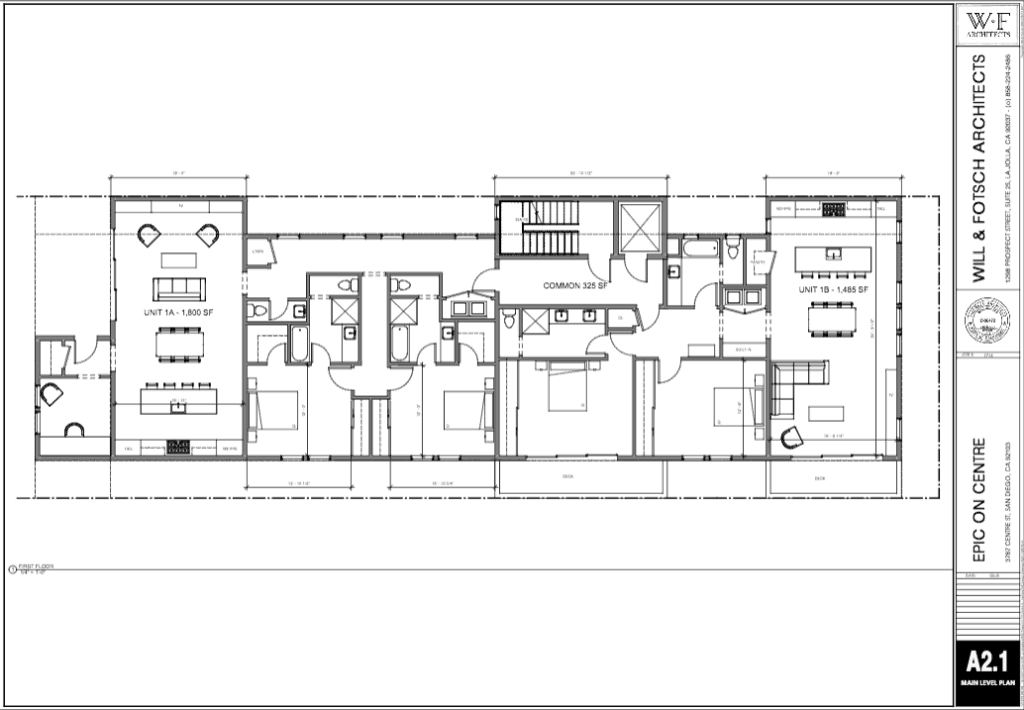 Preliminary Architectural Plans (unit 2A / 2B) 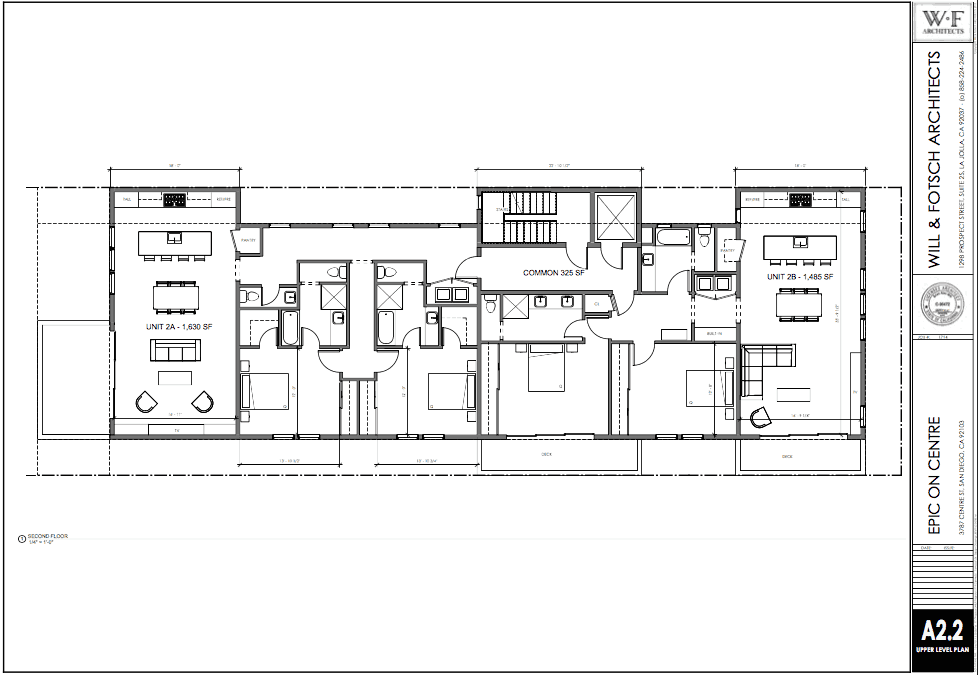 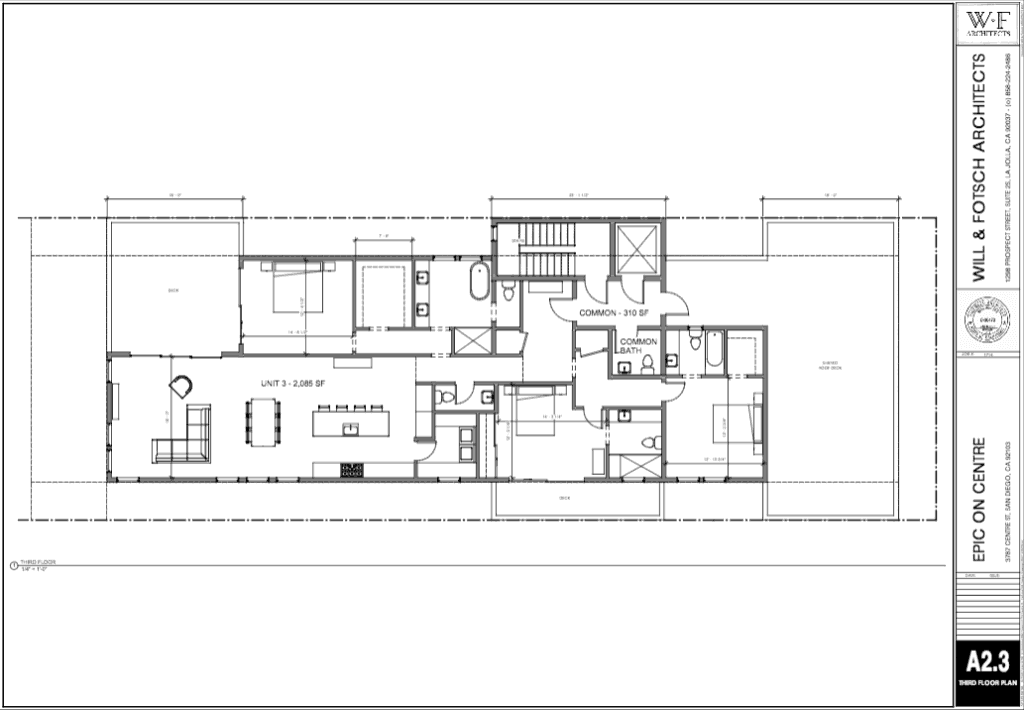 We have completed our own professional market study of surrounding comparative condominium and attached unit buildings based on size, location, amenities, age of buildings, and overall quality. Our comparative study includes details on unit size, amenities, price on a square foot basis, as well as continual pulse on the trending sales activity in the area. We believe our approach provides the most concise, accurate, and relatively conservative results with regard to market condominium sales. 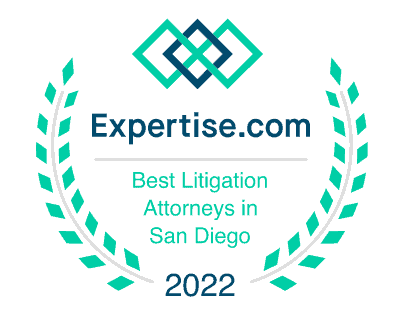 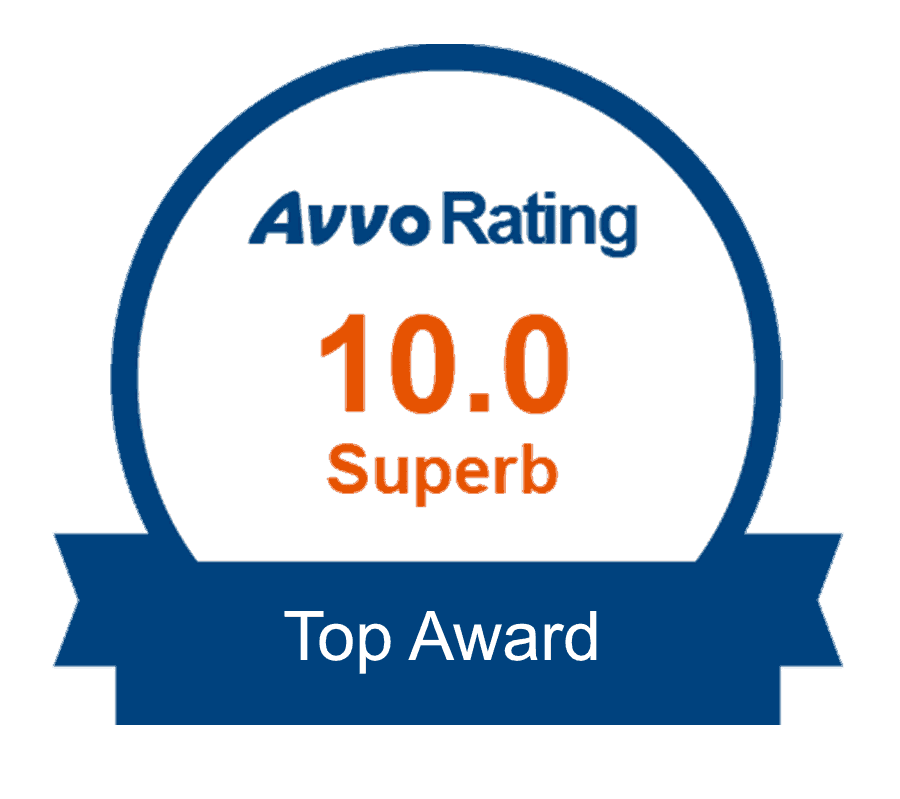 Do You Have A Case? Message Us.

We are a San Diego based real estate law firm. We are conveniently located in downtown San Diego. Please contact us today for any legal related matter.

At Equity Legal LLP, our aim is to offer you unparalleled legal advice all under one roof. We assist our clients with litigation, contractual, development, investment, and much more.

This website is attorney advertising: prior results do not guarantee a similar outcome. This is not legal advice. Equity Legal LLP is the California attorney responsible for this advertisement. See the jurisdictions in which our lawyers are licensed, admitted, or otherwise authorized to practice.

Do not assume that you are entitled to any compensation as a result of the complaints you have. Compensation for potential legal violations, and any results obtained, depends upon the specific factual and legal circumstances of each case.